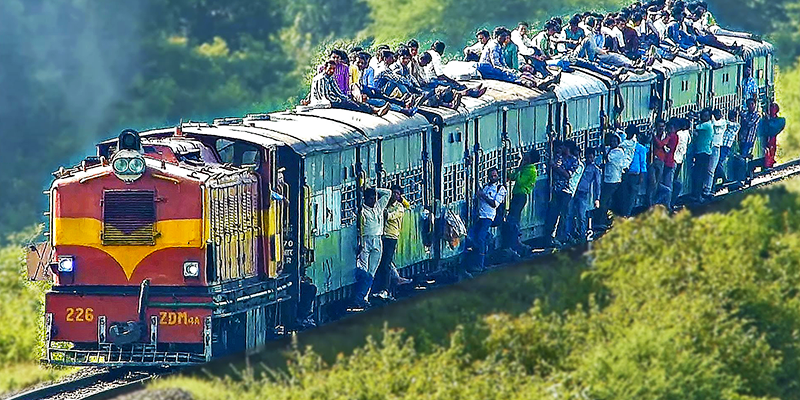 Taking a leaf from the world of airlines, and taxi aggregators such as Ola and Uber, the Indian Railways rolled out the surge-pricing model from September 9 2016. The price surge will be effective on Rajdhani, Duronto and Shatabdi trains across India. The ticket price shall increase by 10% on the base price with every 10% of tickets sold.

Surge pricing is basically a tool to manage the supply-demand dynamics. Generally, as in the case of airlines & buses, it helps in driving higher sales by preponing a purchase decision. In the case of Ola or Uber, it helps increase the supply of drivers or reduce the demand from passengers at peak hours of the day.

What does surge pricing on Indian Railways achieve?

For a utility service like train travel provided by a government monopoly, where demand far exceeds supply, surge does not achieve much except for increased revenue. Simply put, it is a complex way to increase fares. We do not expect this to have any measurable impact either on the dynamics of demand or on the supply.
In any case, 90% of the travellers will pay more. Factoring cancellations, the number would be closer to 100% paying a higher fare. A simpler way would have been to go for a flat increase of say 25% across these trains. This would have spread (a slightly lesser) burden evenly across a greater number of travellers, without the added anxiety and tension of booking early. In a routine, Many trains get sold out within hours of booking opening date, and it is better if the passenger later in the queue does not have to pay a penalty for his/her delay.

Few points to ponder upon:

1. Sleeper class ticket prices will get affected because of the introduction of surge pricing – while those of First AC and Executive class have been exempted. Shouldn’t it have been the other way round? There are just few sleeper coaches on these premium trains, so revenue-wise not much is going to come out from Sleeper Class travellers. However, this is surely going to draw a lot of criticism – which is not worth the increase.
2. The timing could not have been worse. We are moving towards the festive season and for many travellers, it is going to hit their pockets hard. Couldn’t this have been started after the festival season?
3. Expect big arguments happening at the railway reservation counters as many train travellers would not understand and have a rational view of a sudden on-the-face price increase. The demand-supply being the deciding factor, pricing is going to be super volatile.
4. On the positive side – we expect this to dampen the speculative booking phenomenon, which RailYatri.in had predicted earlier.
5. It is typically seen that the first 10% of the tickets are booked by the tout community – especially in the peak rush season. Aren’t we encouraging them to book early and increase their demand?
6. Introducing dynamic fare prices on just these 3 types of trains is not going to move the revenue needle much for the Railways. After all, there are only about 300 of these premium trains in all. So we can safely guess that this scheme will get introduced on other trains too.
Perhaps, it is a precursor to the introduction of dynamic pricing in many more trains, in the coming time.