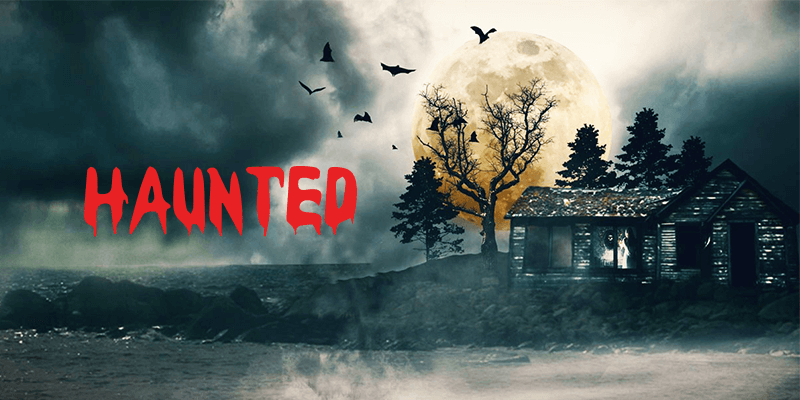 The curiosity to find out more about the unknown has taken people to different corners of the world. While some jump at the thought of exploring haunted places, others shudder away. India, the land of thousand untold stories has its own share of spooky destinations.

Check out this list to decide if you are daring enough to explore these places or sane enough to give it a skip. 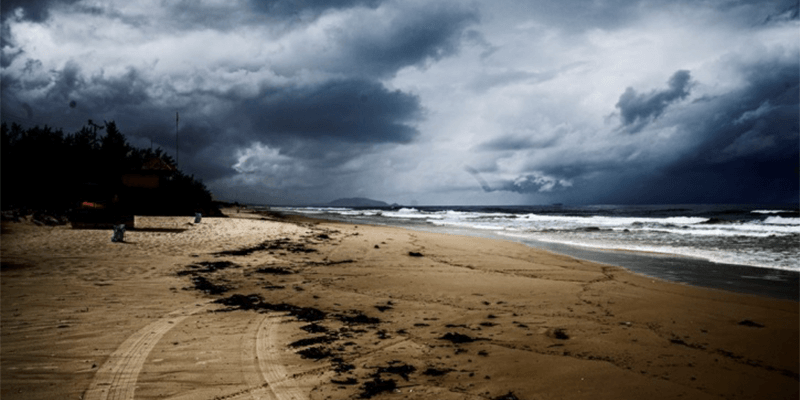 As soon as dogs enter this beach area, they are known to behave strangely. People have also reported of some voices telling them to return home after dark.

The haunting tale: This might not come as a surprise to you once you learn that this beach is where Hindus were cremated. It is said that it’s the voice of the tormented souls that have remained behind after cremation and now haunt the beach. 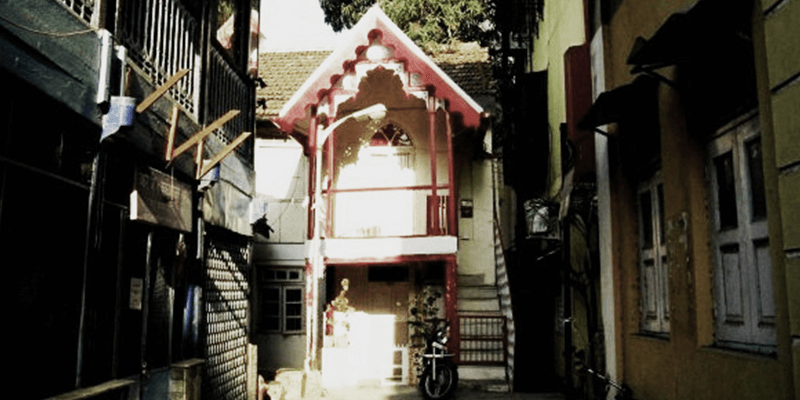 Located in Mahim, Mumbai, this chawl is said to have witnessed many paranormal activities scaring one and all.

The haunting tale: The story goes around a haunted well in the chawl. Long ago, once an old lady fell in the well while drawing water from it. Since then, the ghost of the woman can be seen in a white sari. The noise of the bangles can be heard around the well, during the night. 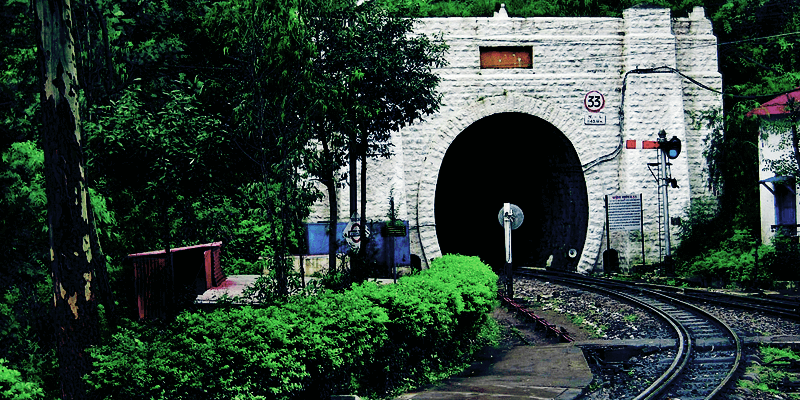 Hill stations have the reputation of being mysterious due to their relative isolation and silence. Tunnel No. 33 (also referred to as Tunnel 103) is one of the tunnels on the Shimla-Kalka railway route. This is where the friendly ghost of Colonel Barog loiters, in search of friendly chats with people who take the tunnel.

The haunting tale: Colonel Barog was a railway engineer during the British Raj who committed suicide after failing to right align the Barog tunnel. He was fined Re 1 by the British government, but the humiliation of his error turned out to be too much for him. They say his spirit still lingers around the tunnel and he’s believed to be the chattiest ghost around for miles! 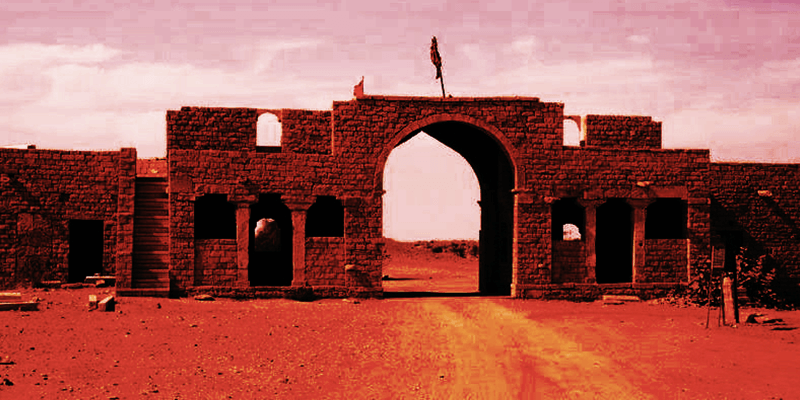 Kuldhara, near Jaisalmer, is a cursed village that has a 200-year-old history to it. Kuldhara, which was once a prosperous town, is now an abandoned ghost village shrouded in mystery.

The haunting tale: During the12th century, natives of village Pali had migrated to Kuldhara for survival. The village graduated to being a well-planned township with straight roads and well-designed houses.However, one fateful night in 1825, the people of Kuldhara vanished suddenly. No one till date knows, as to where all the people had vanished or what had happened to them. It is said that before leaving the village, they had cursed Kuldhara such that no one can ever settle here. This curse remains true till date as the village is abandoned till date. 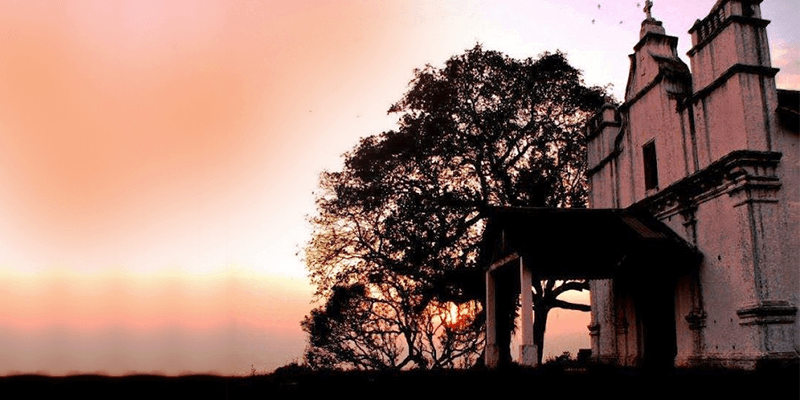 There is a scene in the Bollywood film ‘Bhoothnath’ set in the Three Kings church, situated atop a hill in Cansaulim, Goa. It is famous for its ghostly experience by many locals and also by the GRIP team of Indian Paranormal Society. It is believed that the spirits of three kings (who fought over the property of this church and eventually killed each other) roam around in the premises.

The haunting tale: This church is reputedly haunted as it was the site of a meal given by one king who wanted to gain power over the other two, and poisoned them. The story goes that the third king eventually killed himself, possibly out of guilt. The church is now haunted by the spirits of these three kings. 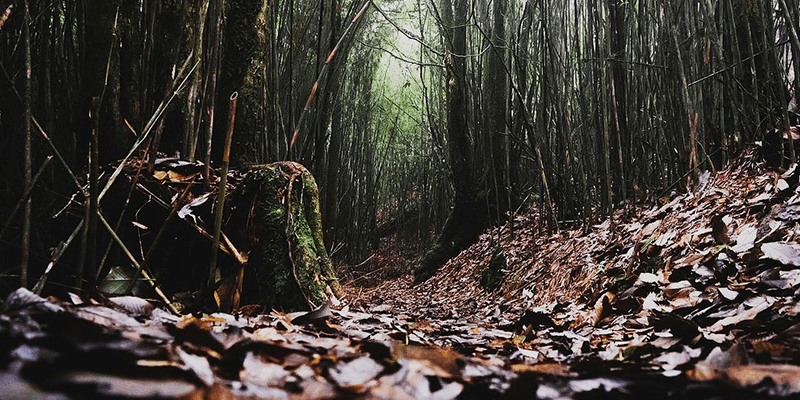 Kurseong, a hill station located about 30kms from Darjeeling, has a place called Dow Hill which is renowned for its spookiness.

The haunting tale: People claim to hear inexplicable footsteps around the empty corridors of the boys’ boarding school during school vacations. Woodcutters working in the forested areas nearby have seen a headless boy walking around, who then vanishes through the trees. The odd sightings are attributed to various murders that have taken place in the area. 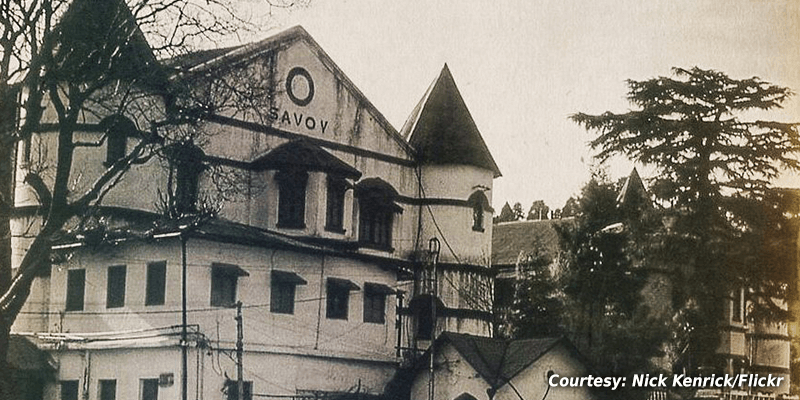 One of the most haunted places in India, the hills and corridors of this hotel in Mussoorie will give you spine-chilling experiences.

The haunting tale: In 1911, a spiritualist named Frances Garnett-Orme was poisoned in the hotel – an unsolved mystery till date. Witnesses’ have seen her ghost roaming aimlessly around the hotel in addition to echoes of footsteps, spooky noises and death stories connected with the hotel. 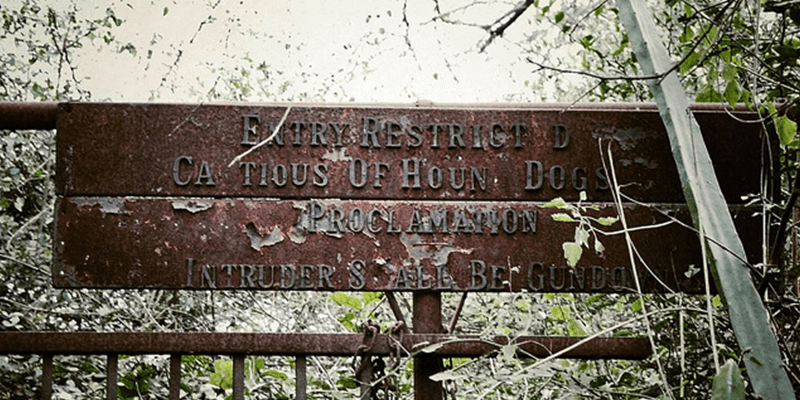 Also known as Bistdari Mahal, there are majorly only ruins left of what once was a large dynasty of Malcha locals. Mysterious and paranormal activities associated with this place make even the forest officers maintain distance from this place. The signboard at its entry gate advise people to stay away and that any trespasser could be gunned down.

The haunting tale: Princess Wilayat Mahal, one of the last descendants of the royal family of Oudh, did not get her estate back after Independence. She committed suicide by drinking grounded diamond. Her ghost is said to haunt the royal palace area ever since. Rumors say that those who have attempted to enter the palace without permission never returned alive. This is truly one of the most haunted places in Delhi. 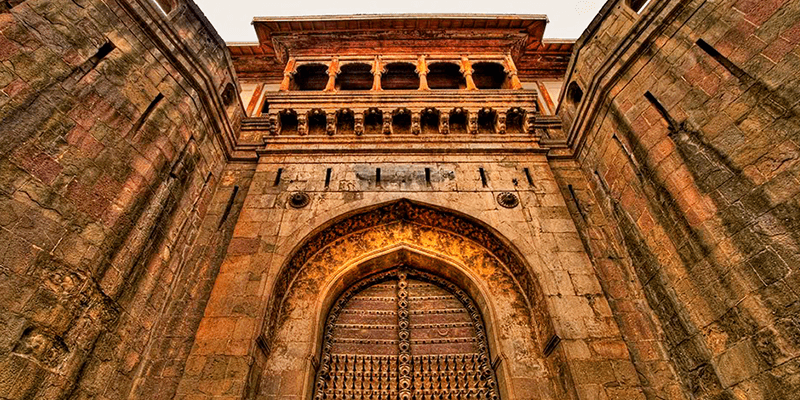 On the night of every new moon, a fort in India becomes a place of horror. Local people often hear a sound ‘Uncle Save Me’, from the Fort in the new moonlight. The spirit till now, utters its last words of mortal life.

The haunting tale: It is a story of a prince who at the age of sixteen came to power. However, his uncle was ruling on his behalf.His wife was not happy and planned to kill the prince. When the prince came to know that he was going to be killed he ran to his Uncle’s chamber shouting Kaka Mala Vachva.’ (Save me, uncle!). Since then at every new moon night echoes can be heard “‘Kaka Mala Vachva. 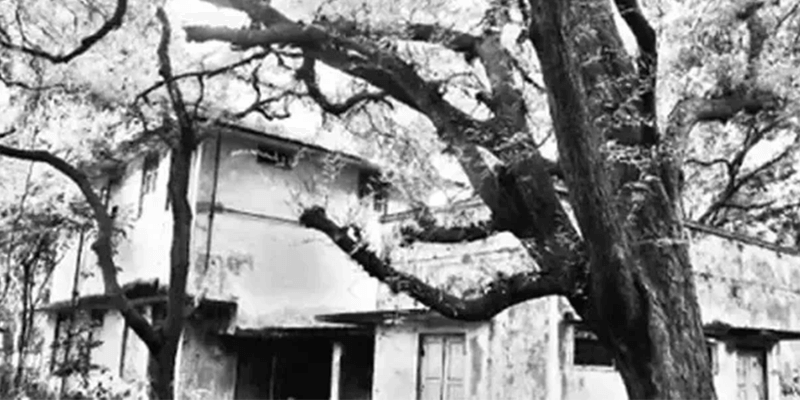 Located at distance of 15 km from Chennai Airport, this place is considered as one of the most haunted houses in India.

The haunting tale: Long ago, a This house, now vacant for 10 years, became haunted after the death of the owner’s daughter. Two people, who later borrowed this house, were said to be taken by this evil spirit. People living nearby, claims to hear sobs of a girl and gates open it when someone passes through the house, like if it is an invite to come in.

Ever been through such an eerie experience? Share your real stories of haunted places in India with us. And yes, will you dare to visit them, even now?