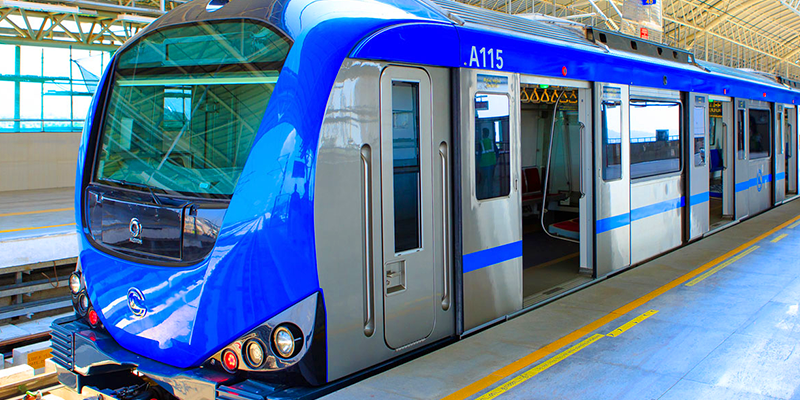 It has been a year since the launch of the Chennai Metro! The greatly expected alternative mode of public transport of Chennai has had its highs and lows during this year and presents a clear case of its position in the public transport map of Chennai. 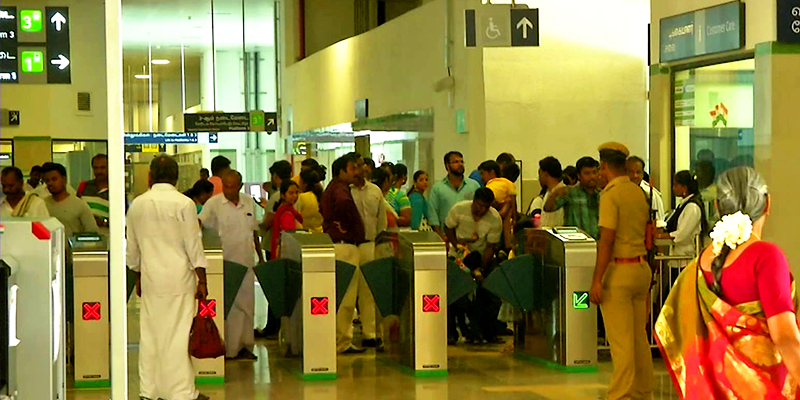 After a long wait for construction and test runs, the first Metro train marked its journey a year back amidst much fanfare. The service was limited to only seven stations but more and more areas were planned to be covered in its route. The air-conditioned trains and the tokens or smart cards (instead of tickets) all appeared new to the Chennaites. Those who had a prior taste of the metro in New Delhi were able to connect it immediately, but for others, it was a learning curve and a joyful little to-do activity. Chennai’s people wanted to travel on the metro at least once even if it was not on their route.

The excitement faded away in the next couple of months. Chennai has three public transport modes apart from the Chennai Metro – the local trains, the MRTS (which are local trains that ride on elevated tracks) and the public buses. All these modes are abuzz with people and peak hour traffic is chaotic, to tell the least. On a typical weekday, locals are overcrowded; space crunch arises at railway stations, while the Chennai metro stations stand forlorn during the same time. The Chennai Metro is not widely adopted by the public for two major reasons: 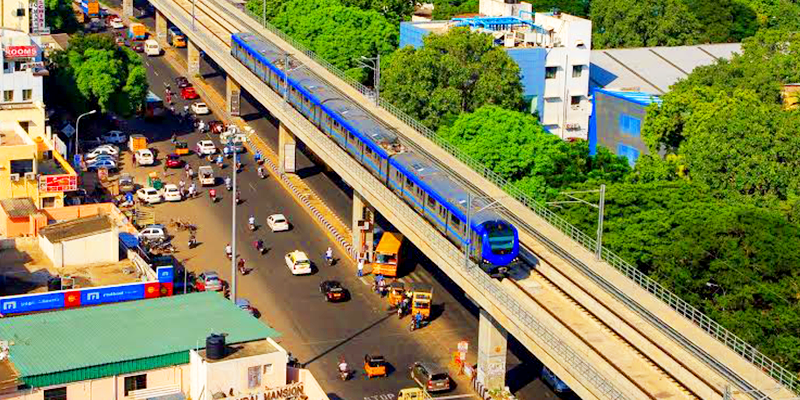 A one-way ride on the Metro from the first stop to the last stop costs Rs. 40 whereas the same distance will cost no more than Rs.15 by public buses and Rs. 25 on shared autos. Both public buses and shared autos are readily available on the Chennai Metro route, and the Chennaites invariably opt for the cost effective options. The huge price difference between other alternative modes of transport and the Chennai Metro is hampering its adoption as a public transport mode. So, bringing down the prices may encourage people to try the Metro. A huge success for the Delhi Metro model owes to its affordability!

Even if the prices are slashed, it is doubtful whether more commuters will use the Metro in its current form because of its limited connectivity. Mofussil bus terminal of Chennai is the only major hub covered by the Chennai Metro for now. It does not allow people to travel from home to work or from one hub to another. However, if it extends service to the proposed routes and becomes affordable, it will definitely be a winner.

The Moment of Glory

Every Chennaite still has nightmarish stories to recount of the Chennai floods that hit the city last December. During these dark days, when Cooum River flowed out of control and connectivity was cut off in the city, Chennai Metro was the only knight in shining armour. The elevated tracks of the metro over the river helped it to run smoothly and connected people across the banks. It was definitely the biggest achievement of Chennai Metro in the one last year.

Apart from this; the Chennai Metro is excellently maintained and the stations look super clean. But the system has a long road to travel before becoming a mode of transportation for daily commuters.