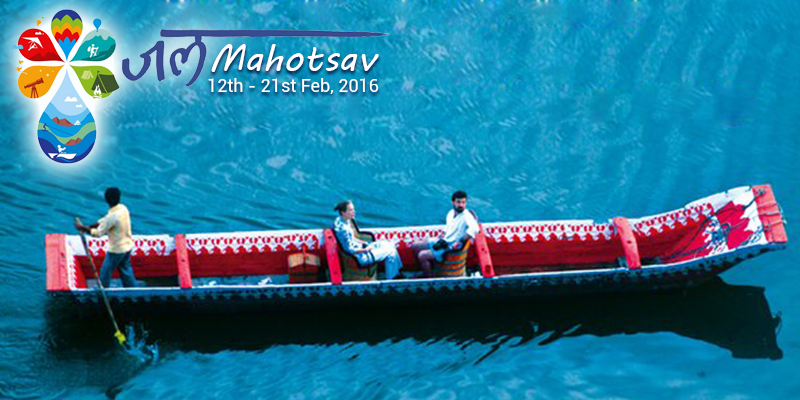 “A river seems a magic thing. A Magic moving and living part of the very Earth itself!” – Unknown

She is known by many names, one of them being Shankari or the ‘daughter of Shankar (Lord Shiva)’. Anyone who has travelled to the abode town of river Narmada would have surely heard the saying – “Shiva lies in each pebble on which the Narmada flows.” And true to the legend, the banks of Narmada are replete with cylindrical pebbles, looking rather similar to shivlingas, are worshipped across the heart of India – Madhya Pradesh.

Madhya Pradesh’s natural beauty from the principal river of the state (Narmada) is eternal. As nature and the century’s old civilization of the state both culminate into a beautiful whole, the temples and the cityscape melting into the villages and forests along the river are truly beautiful. Being the state’s lifeline, indeed, Madhya Pradesh owes a lot to its rivers! And this New Year has brought with it a gush of excitement and pride for our country as well as for Madhya Pradesh itself.

To celebrate the river that makes Madhya Pradesh what it is today, a visual and one-of-its-kind in the history of India spectre is just about to take place. Sparking the festivities that will become a tradition across generations, Jal Mahotsav, India’s first ever water festival will be a 10-day affair that will begin from February 12, 2016. Such a grand and epic event will take place in an ordinary location? No! This unique and annual mega event will be taking place in Hanumantiya Island at Indra Sagar Dam, which is also one of Asia’s largest man-made water reservoirs.

Jal Mahotsav has something for everyone!

Just as us, people from all walks of life come with varied interests. And this gala event has something for all! For the adrenaline junkies, this will be one action-packed joyride taking them from one thrilling adventure sport to another. And for the art nomads, on offer would be a cultural treat and enigma.

The craft bazaar is being designed to have a handloom centre, handicraft shops, pot making, lac artists, henna artists and an exhibition on Simhastha 2016. There will be Bullock cart ride, volleyball, tug of war, kite flying, and campfires that will be organised in the land activities.

The pleasure of Narmada can be truly enjoyed in the fun-filled water adventure activities, like windsurfing, parasailing, water skiing, jet skiing and banana rides for sports enthusiasts. Also connecting with nature is essential for our spirit to grow, so it will have activities like bird watching, treasure hunt and trekking There will be other air and adventure activities like hot air ballooning, Burma rope bridge, artificial climbing wall, net walk and rope drill which will be organised.

With such an enormous hub of adventure and cultural display taking place to reinforce Madhya Pradesh as one of the most sought after travel destinations in India, will be no less than a perfect opportunity to experience, cherish and realise that it is all about LIVING LIFE TO THE FULLEST. So gear up for this truly distinct festivity of India!