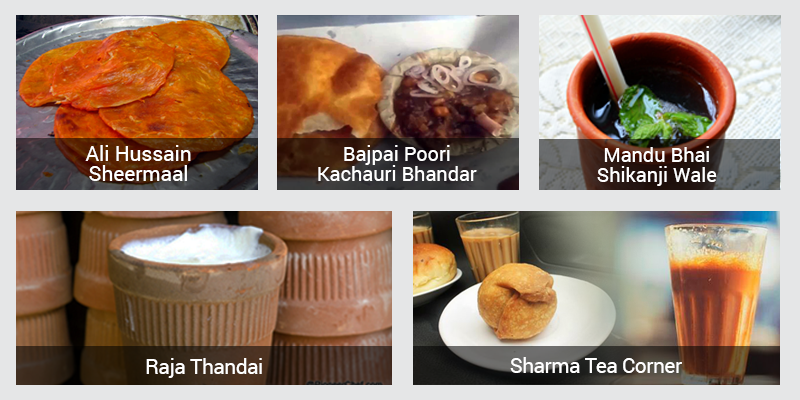 After famous eateries in Kolkata, we are back with another list and this time it is the Land of the Nawabs or Lucknow, we would be pondering over.

At a time when Indian food culture is gradually getting lost in the midst of growing trends for chain restaurants and western cuisine, the Land of Nawabs aka Lucknow has kept its food culture still intact. Home to the Awadhi cuisine, Lucknow is not a slave to the 5-Star and chain restaurants culture that prevail in various other parts of India. The aroma and taste of food in Lucknow is unique, and it draws attention of the food lovers from all over India. Fame of Lucknawi food owes to the expert tutelage handed over from one generation to the next, for most of the famous eateries in this city have been running with same fame for many generations.

There are so many food options to explore in this city, that it is quite a daunting task to list them all. Even when creating Wisdoms for Lucknow stations, many famous eateries were mentioned by our beloved users. As you can see, no story about Lucknow can be complete without a mention of its food! Here, we make an endeavour to explore some of the heritage eateries in this city. 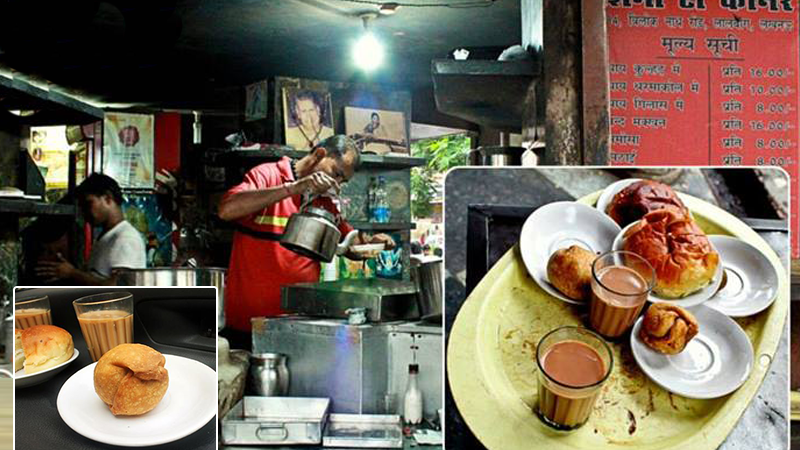 Tea at Sharma Tea Corner: If you want a perfect start to your food adventure in Lucknow, then start off with a morning tea at Sharma Tea Corner. Situated in Lalbagh, about 4 km from Lucknow Charbagh railway station, tea at this stall tastes really unique. Started in 1948, by Pandit Om Prakash Sharma, the shop is presently run by Deepak Sharma. Apart from tea, Bun-makkhan and Samosa are specialties of this stall. What makes the Bun-makkhan so delicious is that Makkhan is prepared at Sharmajee’s home. 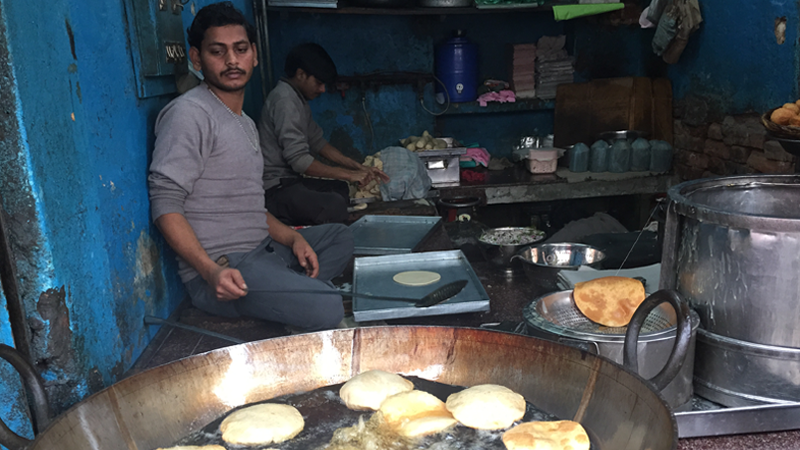 Breakfast at Bajpai Poori Kachauri Bhandar: Situated in Hazratganj, about 4 km from Lucknow Charbagh railway station, this 45 year old eatery is well known all over Lucknow for its Poori and Alu ki Sabji. Started by Bal Krishna Bajpai, who was then working in a Chakki shop, on a rented space from the Chakki shop owner, owners and workers of this eatery have their ancestral roots. A secret recipe does into making the aloo ki sabji so delicious. It is learnt that the ingredients used in this recipe are homemade. When the shop started in 1970, Mr. Bajpai used to sell 5 pooris for Rs. 1. But with time the prices have gone up, even then you can have 5 mouth-watering pooris for Rs. 20. 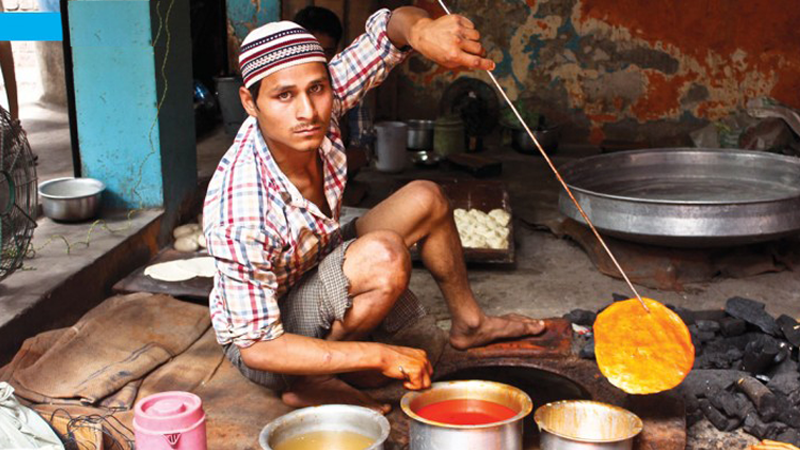 Lunch at Ali Hussain Sheermaal: Started in 1830, this is the oldest and most reputed Sheermaal shop in Lucknow. Sheermaal is a special type of roti that is cooked on Tandoor with some milk and Zafran sprinkled over it. The shop is presently run by Mohammadu’s sixth generation; many workers here are also attached with the eatery for many generations. Other specialty dishes available at Ali Hussain Sheermaal are Baaqar Khani and Gau Zubaan (available in various flavours). As the story goes, Nawab Nasiruddin Haider once summoned Mohammadu and asked him to serve a roti that he had never tasted. So, Mohammadu prepared Sheermaal for him and it was highly appreciated by the Nawab. Around 8,000-10,000 Sheemaals are prepared here every day during festivities. 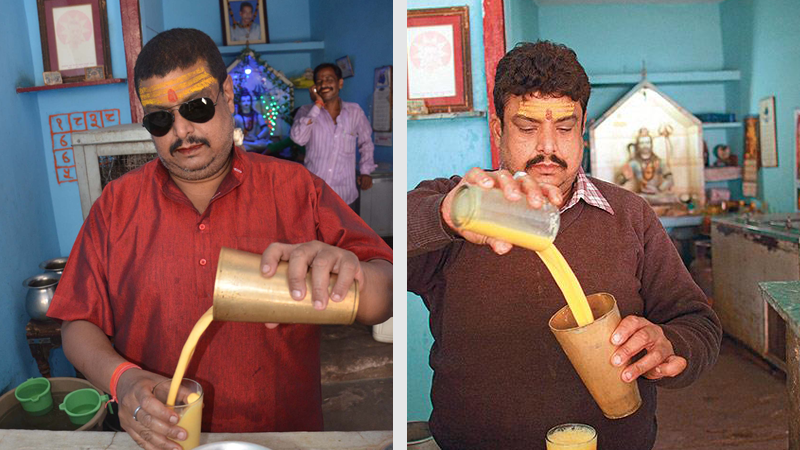 Cool Yourself at Raja Thandai: If you want to cool your body and soul then do visit Raja Thandai, situated in Old Lucknow at Gol Darwaza. This is the most popular place to have some milk based Thandai. The drinks are made of various ingredients such as: badam, kesar, pista, kaju, white pepper and has some secret ingredients too. With a strong flavour of Fennel (Saunf), this drink will cool your senses. The shop got its name from the son of the founder, Vinod Kumar Tripathi who was known as Raja. The shop is now operated by the fourth generation. 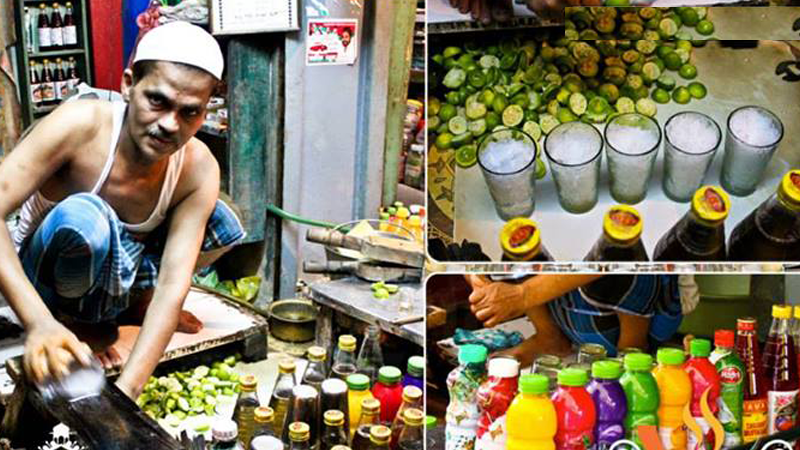 Quench Thirst at Mandu Bhai Shikanji Wale: More than 12 flavours of Shikanji are available here, such as orange, mango, neembu, strawberry, rooh afza, pudina, grape, kiwi, soda ki shikanji, etc. Shikanji here in inexpensive and starts at Rs. 12 per glass. Mandu Bhai, claims that Pudina and Neembu Shikanjis are the most popular and people come looking for the shop even from far away countries. The shop is more than 50 years old, during which time it has become the best Shikanji shop in Lucknow.

If you happen to visit Lucknow make a point to visit these famous eateries. The best part is they can be easily accessed from Lucknow Charbagh and Lucknow Junction railway stations.

Do keep returning to the blog for more such restaurant lists from other cities in India.